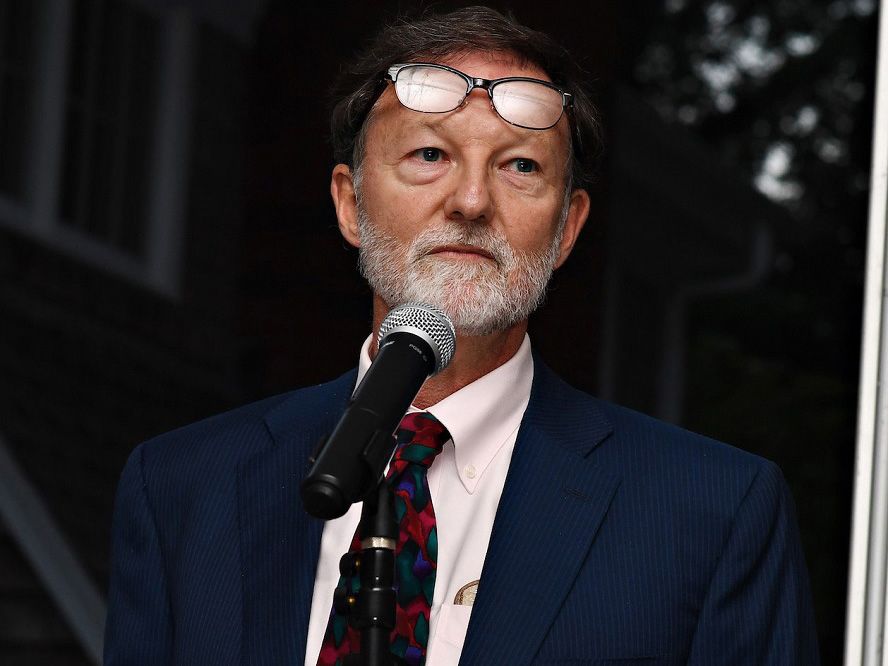 Peter Cheimets, MSEM ’07, turned his MS in Engineering Management capstone project into a business development initiative that transformed his role at the Smithsonian Astrophysical Observatory.
June 28, 2022

Students come to Tufts Gordon Institute’s MS in Engineering Management (MSEM) to take their careers to the next level, but for Peter Cheimets, MSEM ‘07, the program helped shoot his career among the stars. As a Project Engineer and Program Manager at the Smithsonian Astrophysical Observatory for nearly 40 years, Peter has been responsible for supporting the engineering needs of the Observatory’s scientists and – more recently – securing work projects for the engineering department. Although Peter’s job has always involved outer space, his experiences in the MSEM program gave him the skills he needed to reach new heights.

During his time in the MSEM, the Observatory was a very siloed organization, with scientists working distinctly from engineers, whom scientists would call upon to resolve specific engineering needs as they arose.

Naturally, this led the engineering team to play a passive role in the organization that inhibited their ability to thrive. Peter saw a chance to apply the knowledge and mindsets he had gained through the MSEM to the organization through a business development project that pushed engineers to proactively seek out work and fulfilled the MSEM's then-capstone requirement.

The business development project began pursuing opportunities to assist scientists at the Smithsonian or make pitches to other groups outside the organization. The development project struggled to acquire new business in its early stages, but through a narrowing of scope was soon able to secure more and more work. “As the world we were selling into got smaller and smaller and smaller,” said Peter, “our chances of winning skyrocketed.” By determining what capabilities were needed most by scientists, what types of organizations were most likely to benefit from those capabilities, and how to market their work, the engineering department refined their business development strategy.

This more proactive approach marked a shift not only in the pursuit of bids but also in the internal workings at the Smithsonian. Taking the initiative in finding solutions and ways to help the scientists at the Smithsonian paved the way for engineers to be present at every stage of planning and negotiating, leading to more wins as a larger group of employees with a more diverse array of expertise pursued work. The greatest chance of winning work occurred when scientists and engineers combined their efforts.

Peter credited his drive to break the mold of siloed departments to the mentors and experiences he gained at Tufts . “[The MSEM program] allowed me to think, ‘It’s okay to try this,’” he explained. “It allowed me to think in that business dimension and try it out.” Based on lessons on leadership learned in the classroom and one-on-one conversations with instructors, he decided the best way to achieve a positive change in his organization was to demonstrate the value of that change by testing it out in practice.

Today, the Observatory has a robust small satellite program developed by Peter that is contributing to a boom in the organization’s ability to secure funding for space missions. Reflecting on his most important takeaways from the MSEM, Peter emphasized the value of the mindset shift the program provided. Pursuing new work for the Observatory’s engineers – and winning that work – was the result of pushing forward and learning from failures rather than fearing them.

Tufts Gordon Institute continues to welcome applications to the MS in Engineering Management program for Fall 2022. Learn more about the program and view upcoming application deadlines.